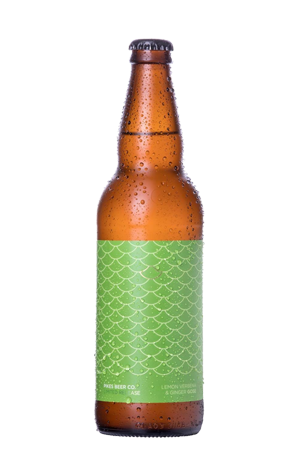 Pikes' fourth limited release for 2020 ventures into sour territory in the shape of a lemon verbena and ginger gose. The beer was kettle soured with the lemon verbena and ginger added late in the boil. The former is a plant native to South America that imparts subtle lemon flavours and is often used in cooking or in warm tea. Here, it complements a load of ginger, presumably aiding our health while it tickles our taste buds.

The ginger aroma is powerful and demands your attention from the first sniff in a manner reminiscent of homemade ginger beer. There's a touch of lemon zest rising from this clear, light yellow gose, but the ginger soon leaves it in its wake. The medium to light body supports a pretty decent sourness that works well with the lemon flavours as, again, the ginger dominates the palate in a beer with a finish that's dry and super refreshing.