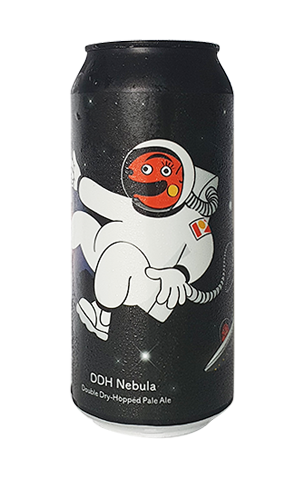 Tallboy and Moose’s DDH Nebula continues the brewery’s exploration of hefty hopping regimes in hazy beers, with the release sitting somewhere in the vast space that's developed between a pale ale and an IPA. After appearing in kegs in previous incarnations, the beer’s been given a nicely-timed wider release in cans, ready to be enjoyed responsibly in the comfort of your own home.

Combining a mix of Bravo, Vic Secret and Calypso hops, Nebula pours pale straw with peach the biggest flavour I picked up before being joined by orange and pineapple. There's some resin and pine in the background too before the beer’s dry finish whisks all that away.