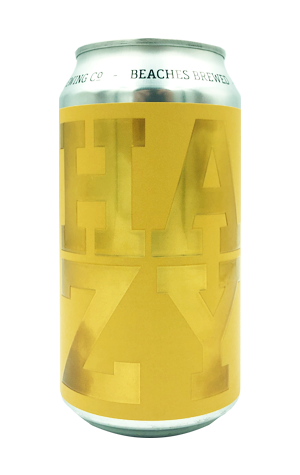 Former Tenant. Sonic Prayer. Dream Weaver. Future Factory. We could go on listing all the popular hop-forward Modus Operandi beers of recent years but we’d likely miss a few. Heck, there’s been enough of them even the brewery team may well forget a few. Hoppy beers are a big part of the brewery’s DNA and they've been turning increasingly hazy too.

Which brings us here to the launch of a new program dedicated to the haze. The first beer in the Hazy Series – complete with a label as decipherable as Ochota Barrels' Texture Like Sun and bold enough to brighten up these dark times – is a little lighter on than those the brewers have typically explored in the past, sitting at a mere 5 percent ABV. That the Hazy Pale is marked as 01 suggests there's plenty more on the horizon too; 02 is already sitting in tank as I type these words, in fact.

Hopped with Galaxy, Mosaic and Citra and pouring a strikingly similar colour to the tinnie, I picked up pithy grapefruit joined by a tropical mix of passionfruit, mango and paw paw. There’s a building bitterness but, mostly, it’s all about the haze, juice and the hops.