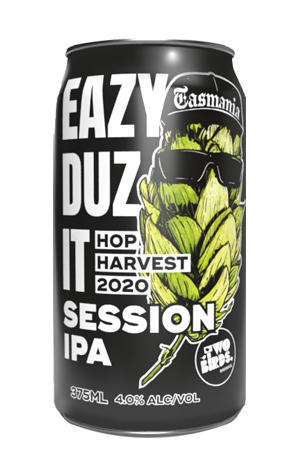 They've shown quite the fondness for puns inspired by the world of music in recent times at Two Birds Brewing, including those drawn from the hip hop. And here, following on from their Brew Tang Cans, comes another, with their 2020 wet hop beer sharing its name with the debut album from N.W.A. founding member Eazy-E (although, presumably, taking a rather more enlightened approach to woman than said album).

Indeed, it's a pretty gentle affair all round, despite coming with "IPA" in its name. Brewed with Ella and Enigma hops flown in from Bushy Park in Tasmania as soon as they were picked, it's built upon a stripped back, pale, 4 percent ABV base upon which the hops lay down melon and stonefruit aromas with a little of that wet hop grassiness and earthiness. You might pick up a little spice to taste too before encountering a bitterness which is present yet stops well short of that which characterised Eazy-E's split from N.W.A.