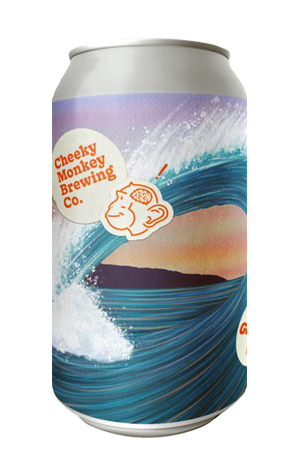 Cheeky Monkey’s surf break series has very quickly become a highly sought-after collection of hazy IPAs for WA craft drinkers. The fourth in the series, Gallows East Coast IPA, will surely attract the same kind of attention as its predecessors thanks to the striking can artwork and distinct orange juice like appearance.

Named after the famous break in Wilyabrup that's been heavily surfed since the 1950s, Gallows is, by contrast, a modern day beer. Thick and hazy appearance aside, Gallows is firmly bitter and bursting with vibrant orange and citrus flavours, further adding to its decidedly OJ personality. Heavily hopped with Citra, Amarillo and Cascade, resinous pine and sweet rockmelon flavours persist on the palate.

Though hazy and turbid, Gallows is another tight and poised addition to the series.