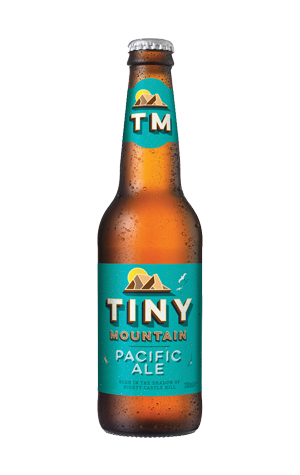 Pacific Ale is a name that’s entered both the beer lexicon and the hearts of many Australians over the past decade since Stone & Wood's original carved a swathe through the country's palates. As their flagship beer, and the one you'll be able to find in pack across the country, the Tiny Mountain team offer up their take on what's become increasingly seen as a style: a 4.6 percent ABV pale ale featuring hop varieties Galaxy and Vic Secret that's about as sessionable as they come and with summer BBQs in mind.

Designed to be incredibly easy-drinking, the Aussie hops bring subtle tropical notes like passionfruit and mango atop a healthy slap of bitterness, a little wheat keeps it soft and smooth in the mouth while the addition of rice helps keep things light and tight.