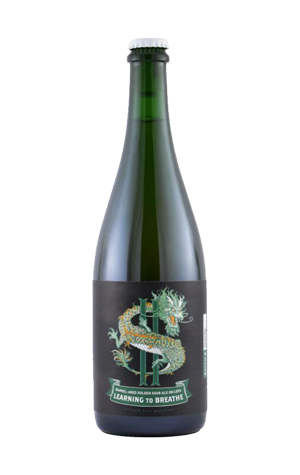 Dollar Bill were never struggling for friends or fans in the beer world from their earliest appearances. But they secured critical acclaim in 2019 when Learning To Breathe, a barrel-aged golden sour that's designed to be the beer they'll keep releasing, scooped the Champion Mixed Culture Beer title at the Indies.

It's more restrained than some of their more grandstanding affairs, such as the years-old Grand Cru blends, instead focusing on delivering its delights with subtlety. Within the hazy, deep golden blend of wild fermented beer and mixed culture ferments, you'll pick up disparate elements such as ripe stone fruit, lacto funk, hints of the time spent in pinot noir and chardonnay barrels, and a gripping textural acidity, woven together into a clean, delicate whole. Session solera sour, anyone?