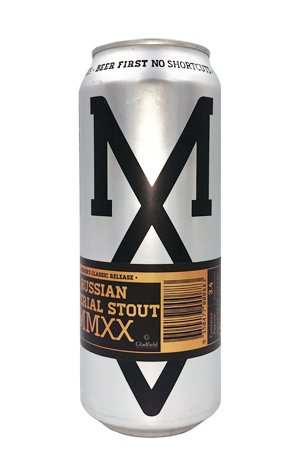 They say there’s a beer for every occasion, and when it comes to imperial stouts, occasion matters. I drank Modus Operandi’s MMXX in the cold of night on the winter solstice, the shortest day of the year, while watching Sherlock Holmes track a gigantic hound with coal-black fur across the dark, craggy moors of England. I challenge you to find a better occasion to drink it - short of perhaps cracking it upon the wintry moors themselves.

In an era where chocolate, lactose and nitro are so often brought to bear on stouts, MMXX relies on nothing but the malts - seven different malts, in fact, which Modus selected from Gladfield Specialty Malts to create a layered stout with nothing to hide behind. (They even provided the recipe for homebrewers to have their own go at the beer.) At 8.5 percent ABV, this stout just nudges its nose into Russian imperial territory, and as such is a tamer beast than some, though no less complex.

The head looks like tan sea foam, loose and wild upon the impenetrable midnight ocean. At the first sip, full-bodied but softer than syrup, it fills your mouth with dark roasted coffee and bitterness of 85 percent cocoa Lindt chocolate. But, as your glass comes up to room temperature, the chocolate and coffee remain while the aggressive bitterness slinks away, leaving you with a gentle giant; the hound turns out to be a huge, fluffy Newfoundland.