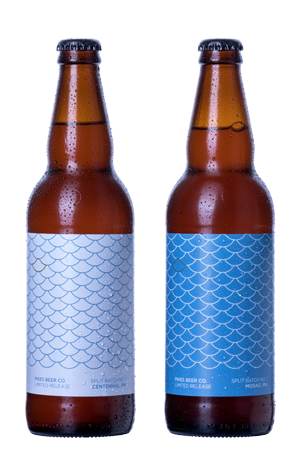 When working out their winter limited release schedule, the team at Pikes Beer Co was divided, so they created a new "Split Batch"’ series. They brewed the same IPA base beer, using Super Pride for bittering plus Mosaic and Centennial in the whirlpool. It was then split into two separate fermenters, dry-hopped with different varieties and fermented using different yeast strains. One features Centennial and an American yeast, the second Mosaic and an English style strain.

The Mosaic version registers at 6 percent ABV, pouring a clear burnt orange colour. Even though there are two other hops at play, the distinctive Mosaic combo of tropical favourites and juicy stone fruit really shines throughout, from the aroma, through the first sip and to the back palate. To taste, there's mango and papaya melding nicely with fresh apricot and even a touch of peach and some orange citrus chiming in late. The bitterness is restrained and there is a touch of sweetness, but it's clean, fresh and bursting with juiciness.

When it comes to Centennial, they might look largely the same, but the ABV isn’t with the American yeast taking the beer to 6.8 percent ABV and also dropping clear. The aroma features heavy citrus notes, namely juicy orange and fleshy tangerine, mixed with a touch of earthiness and some crystal malt sweetness. While the aforementioned citrus is dominant in the flavour, the malt comes to the fore more here too, in an IPA with a bitterness that's noticeable without being over the top and a finish just on the sweeter side.