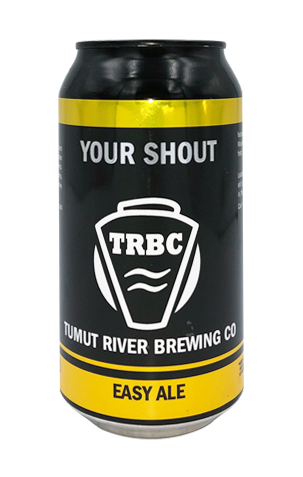 Less a new release than a tweak and a new name for the beer formerly known as Aussie Ale, Your Shout – now an Easy Ale – still makes use of malt from Voyager Craft Malt in the Riverina and hops grown locally in the Snowy Mountains. And it still reminds me more of the UK than anything Aussie.

Arguably its standout feature is its appearance, with those Voyager malts giving it a beautiful deep amber colour. That said, they also contribute heavily to its traditional ESB like character, producing a toasted, biscuity and almost toffee-esque richness, while the hops are there to provide little more than a touch of the floral and a broad and gentle earthy bitterness. The result is something that tastes like beer before we lost our minds.