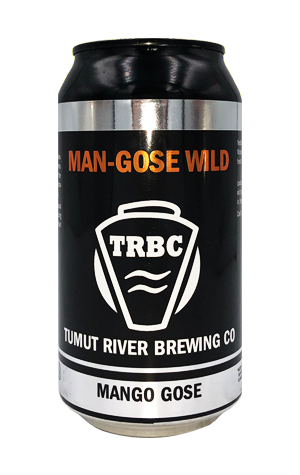 As word came through that New South Wales was closing its borders to Victorians (leading to an earlier-than-planned dash south from Broken Hill) and that Melbourne was going back into lockdown, the name of this beer has taken on even greater personal significance. Already a nod to the wild ride that is 2020, the prospect of being cooped up for another six weeks has led to discussions around just how long we could survive on solar power, cold showers and occasional runs to the nearest town to stock up on food. Certainly, "About 25km east of Hattah Roadhouse on the Victorian side of the Murray – if nobody's there, just pop the parcel under the caravan" would seriously test breweries' claims to deliver to your doorstep anywhere in Australia in these days of direct-to-customer sales...

As for the beer, the wildest thing about it is the timing of its release, although in these rules-be-damned days, the midwinter launch of a refreshing fruit beer is pretty much par for the course. The combination of mango and blood orange additions to the gose base takes the aroma into bright, sweet tropical-mango territory, a far cry from some of the funkier mango-heavy beers around, and it's crisp rather than tart or bracing on the palate too. There's a touch of lacto funk at the tail end but this is essentially a refreshing easy-drinker – a soft drink for grown-ups.