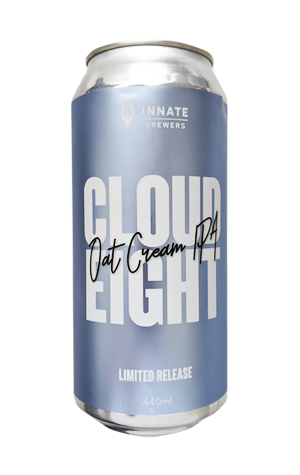 The key here, as with all Innate beers, is balance. Instead of reaching for double digit excess, Cloud Eight sits at a modest 5.8 percent ABV, and is all the better for it. As expected, proceedings run on the sweeter and fluffier side, but this, of course, is part of the fun. It's fun that's only amplified by the tropical combo of Strata, Galaxy and relative newcomer Samba hops, which play out as guava, passionfruit, mango and orange, and contribute just enough bitter / dry balance.

If this is Cloud Eight, it’s doubtful many beer lovers would need to reach for another level of happiness.