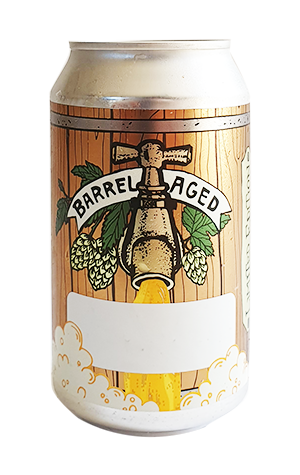 If you’ve made it to Westside Ale Work’s South Melbourne home, you’d have likely noticed the barrels that line the back of the brewpub. Owner Casey Wagner has been busy experimenting with them in recent beers, as evidenced by the three tins we received this week. There’s Belgian Brunette, a Belgian dark ale that’s been ageing in shiraz barrels, where it’s managed to pick up an impressive amount of wine character. Even texturally, it’s quite vinous, while there's a dark plum flavour and slightly floral fragrances the beer has picked up in the barrel that decorate its baseline of yeast-driven spice.

Then there’s this year’s iteration of Dan’s Self Doubt Stout, a Russian imperial stout aged in both shiraz and rye whisky barrels before being blended back together. It’s the roasted barley notes that lead the charge along with some espresso, which are then followed by tobacco, liquorice, dark plum, brown sugar and vanilla.

From a slightly different direction comes Barrel-Aged Apricot Rye Sour, a far lighter beer than the other two in which ripe Brettanomyces characters mix with apricot and a light spice to take my mind back to a time when we could travel and an evening spent at Brussel’s Moeder Lambic.