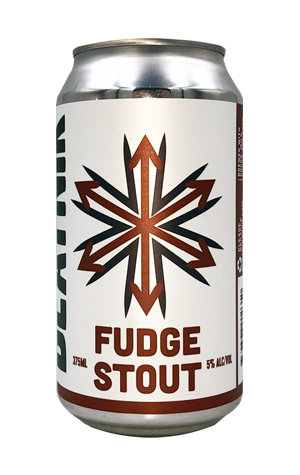 It's fair to say the Hargreaves Hill brewers are making the most of winter, with this release from offshoot label Beatnik making it three stout variants in two months. They form a bit of a brioche bun sandwich too as the first of them, this year's Babooshka – a lactose and vanilla heavy sweet stout – and this Fudge Stout that loads up on lactose and cocoa land either side of the 2019 R.I.S., which forms the hearty, bitter meat in the middle.

So, what of this top layer? If you were to look at the ABV – a mere 5 percent – you might underestimate its palate heft as it sure carries some weight. While not runaway sweet, it's still dominated by caramel, milk chocolate and vanilla fudge with the sort of roasted and bitter elements found in other parts of the stout category barely getting a look in.

Mark it down as a session dessert stout, one that – depending on your age and background – might remind you of Nutella or, in my case, Cadbury's Fudge.