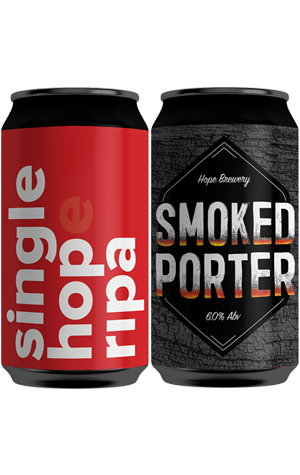 Not all winter warmers are knock-you-silly imperial stouts.

The first time I tasted the flavours of bourbon whiskey and orange come together, I fell in love. I subsequently invented my own cocktail called a Breakfast in the West - one part bourbon, one part Cointreau, two parts soda water, served over ice in an old fashioned tumbler with a twist of orange zest. Thank me later.

I mention it because this Single Hop RIPA captures some of the essence of Breakfast in the West. Since most red IPAs are a fairly equal balance between malt and hops, I'm sure the malt must be doing things in this beer, but I'm fixated on the hops here - experimental hop HBC 472. This neomexicanus hop variety is a mystical creature, imparting bourbon and orange zest into this RIPA, along with those oaky characteristics of vanilla and coconut (you may know its more popular sister, Sabro). A touch of alcohol vapour helps those notes to drift up into your nose as you drink, much as a stern cocktail can do, and a bitter pop on the finish is like the moment you decide to chew on the orange twist garnish.

When winter makes you dream of campfires but you’re stuck inside with nary an untreated log to be seen, let this Smoked Porter take you to the great outdoors.

If you’ve ever doused a campfire with water and watched the air fill with light brown steamy smoke, all fluffy and billowy, then you can picture the head on this beer. In the mouth, a surprisingly light body with more carbonation than most porters keeps the roasty bitterness from overpowering the palate, allowing you to find a touch of cola, some salty bacon, and a hint of chocolate if you care to look for them. But it’s the smoke that reigns supreme here - the long-lasting rule of ashy charcoal with a pinch of peat.