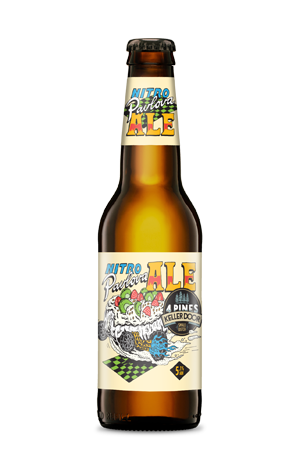 Look, I don’t know what I expected when I opened the Facebook post about 4 Pines’ Nitro Pavlova Ale. But it wasn’t Drag Nan, a fake seagull and a remote-controlled pavlova.

Despite all the whipped cream and fresh fruit in the fun video above, this beer is far from being a sweet mess, however. Think less of a “I hope you’ve saved some room for dessert” kind of beer, and more of a “pale ale with a difference” kind of beer. The nitro and lactose make it smooth and a little creamy across the tongue, and there’s a bump of flavour from the addition of passionfruit, kiwifruit, and strawberries, which are objectively three of the four best fruits for pavlova (and no, the fourth isn’t apple - don’t waste my time). So unlike most dessert themed beers, it’s not too rich for a second helping.

This Keller Door release was first brewed as a keg-only pilot batch in 2017, but the current version is in bottles and kegs nationwide.