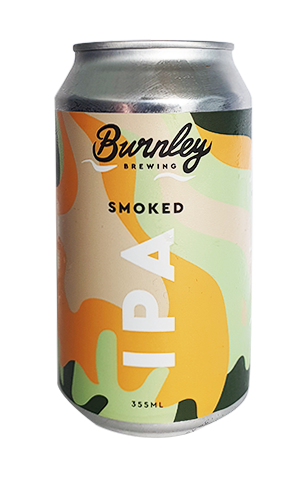 Back when Melburnians were still allowed to gather socially – back in 2019, which at the time seemed like a pretty shitty year on a global scale but now looks like the Garden of Eden pre-snake – East of Everything asked brewers to make a beer to be matched with an album for their Good Beer Week event. The album Burnley Brewing chose was Half Mile Harvest by The Teskey Brothers, who, like Burnley’s head brewer Michael Stanzel and head of sales Chloe Hoiberg, hail from Warrandyte.

To pair with those Old World tunes, the pair decided to brew Smoked IPA; something close to a Rauchbier but loaded with Bramling Cross and First Gold hops from the UK. That beer has returned in 2020 in a can so it can be enjoyed in a socially distant manner and, if you do get your hands on one, you’ll find it particularly driven by a smokey flavour which is embellished by some floral hops characters then finishes with a sizeable and building bitterness.