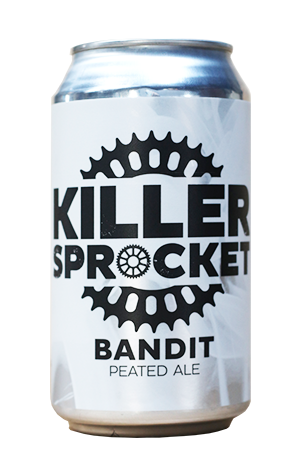 Bandit was the second release from Killer Sprocket and one that showcased both Sean Ryan’s love for building beers around malt and his habit for starting with a traditional style then running off on his singular tangent. Tagged Peated Ale, it’s one that mixes peated malt with the lighter Vienna and Pilsner varieties to create a beer that’s smoky and rich while retaining a lighter edge.

It could easily be called a Rauchbier meets pilsner or, alternatively, a smoky session ale. It pours slightly hazy with a light red hue and it’s the smoke that hits you first but, as you keep drinking, it's joined by biscuit and toffee flavours plus a pronounced spice from the German noble hops.