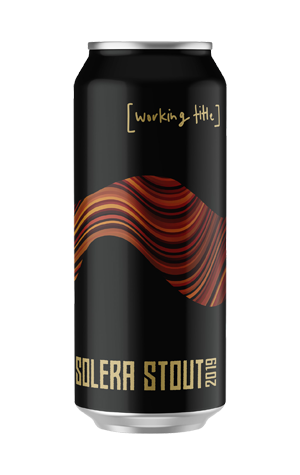 The solera method was originally developed on the Iberian Peninsula by sherry and Port producers to try and maintain consistent house qualities of their products as opposed to the natural variability inherent with releasing vintages. Essentially, what happens is the product is aged in a barrel and then only a certain percentage is taken out for release with fresh product going in to replace what was taken. The fresh product takes on the characteristics of the original and therefore maintains a relatively consistent product regardless of the seasonal variability.

The solera method has gradually been adopted by brewers worldwide predominantly for the way that beers produced this way can produce “aged” beers in a much shorter timeframe. The Newstead [working title] Solera Stout is a somewhat different take on this method, however, with fresh beer not only being added to the barrels but blended through the finished product.

The stout itself uses cherrywood smoked malts and was initially aged in tequila barrels for just over a year before being blended with the fresh beer and packaged up into a very lovely looking can.

This will likely sound very strange but my lasting impression on the first few sniffs and sips was of a sort of smoky advocaat [Presumably the drink and not Feyenoord's coach after a lengthy session at the BBQ – Editor]. I know that's ridiculous, but I couldn’t shake it. Quite how a smoked stout takes on some of the characteristics of an eggy-custard like liqueur is beyond my comprehension but I have to speak my truth [Thanks for clarifying – Editor].

Alongside this is a mass of dried fruit, marmite, chocolate and bitter coffee. There is just a touch of the ham notes you can get from smoked malts but in this beer it presents mostly at the campfire end of the smoke spectrum. It finishes with a subtle Guinness like tartness that helps cut through all those big malt and barrel flavours.