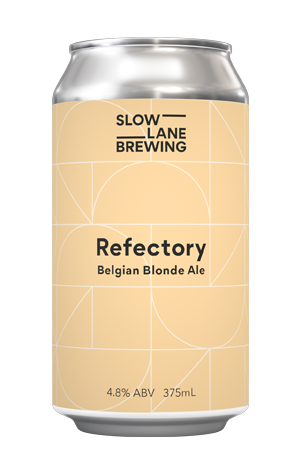 If there was a common thread running through the earliest releases from Slow Lane, it was that they were typically dry as anything. OK, they were all also inspired by old European traditions, well structured and full of promise. Refectory, in a way, was an exception. Sure, the beer is still well made and comes from a place far removed from hazy IPAs and pastry stouts, but this Belgian blonde ale allows a little sweetness to seep in too.

That said, all things are relative... The Belgian yeast is allowed to do its kaleidoscopic thing, sprinkling hints of banana and cloves alongside nectarines, honey and bubblegum throughout the lightly hazy golden ale with a striking white head. It does still finish dry, however, and leaves a lingering spice on your palate too.