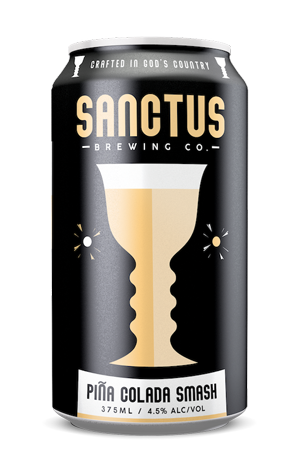 With so many beers around nowadays containing idiosyncratic new hop variety Sabro, coconut has become a very familiar flavour in beer. But when you get hit with a waft of real coconut, it’s a whole other thing.

Piña Colada Smash brings waves of aroma of sweet, almost vanilla-y coconut - “hand roasted coconut”, which makes me wonder how many people burned their hands in the making of this beer. But, in the mouth, a tang of semi-sour acidic pineapple cuts through those waves like the fin of a surfer riding the breakers off the coast of Puerto Rico.

The plucky sourness of this beer may draw you away from memories of a sweet piña colada, but it arguably makes it more refreshing than the real thing.