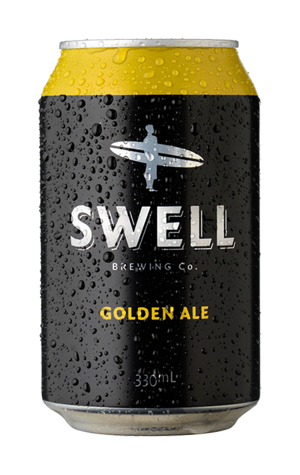 Given the way tastes have changed over the past decade (or, perhaps more accurately, tastes and naming preferences for beers), Swell's Golden Ale stands as one of the few survivors. It wasn't that long ago that brewers were adding golden ales to their lineups at a rate of knots; today, it's XPAs Pacific ale style beers.

Not only is Swell's a survivor but it's a trophy-winner too, collected a gong at the country's largest beer competition, the Australian International Beer Awards, in 2016. Presumably, the judges were impressed by the sweet and fruity hop characters within this gently hazy drop: ripe young citrus fruit and candy pineapples that are almost crystalline in their sweetness. The Galaxy hops and pale malts combine for a clean, flavoursome and slightly sticky drop, one with more character than those who moved on from the style might like to remember.