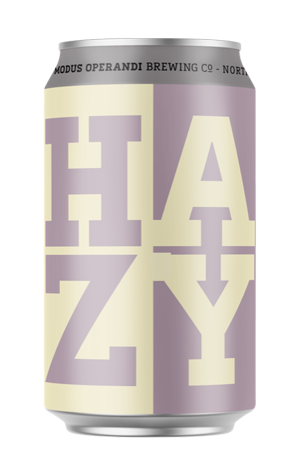 Modus Operandi's Hazy Series seems to have very quickly turned into a showcase for fruit as much as haze, with number 7 featuring a mix of berries. Yet, despite its name, it’s not actually that hazy or indeed smoothie looking in appearance, especially when compared to some fruit cream IPAs that wear their berries on their sleeve like a frozen berry slushie. Maybe there's the a faintest hint of lavender to the orange haze, but it could just be trick of the mind.

For Brits or French folks, however, there's another mind game awaiting you when you bring the beer close to your nose: it’s strawberry Petit Filous – the tiny pot of a million lunchboxes. Creamy, sweet vanilla-smothered berries sit alongside a crushed biscuit cheesecake base character, with a streak of tropical hops appearing like a dash of sauce rippled through its midst. But with little in the way of bitterness you could easily switch one in for dessert.