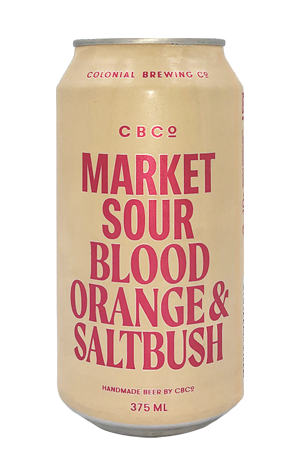 Colonial's Market Sour series is back for a second dance across the nation's palates. If you tried the first, you won't have forgotten it, given it packed the biggest cucumber aroma you'll have encountered in a beer. This time around, the weapons of choice are blood orange – added in puréed form – and native saltbush, although the specialty malts play as much of a role, helping create a beer that sits somewhere between rusty copper and amber – shall we just go with blood orange?

It brings a fair old whipcrack of bracing acidity to bear; while the sweetness of the fruit is there, building as the beer warms, it's very much playing second fiddle to the zesty tartness, while the saltbush sits further back as a subtle presence. Then again, given the punchiness of Market Sour Two's sour side, it had a mighty challenge on its hand being noticed at all.