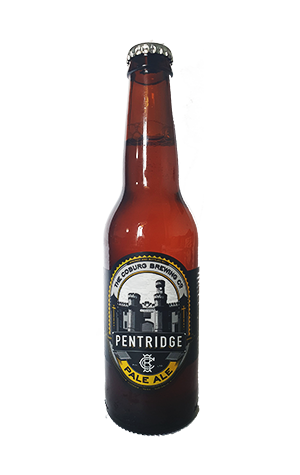 HM Prison Pentridge is a stunning relic of Melbourne’s history, first been built in the 1850s and operating until the late 1990s. During its long history as a prison, it housed some of Victoria’s most notorious inmates, including Ned Kelly, Squizzy Taylor and Chopper Read, and, though the prison has mostly given away to apartments today, the site’s exterior is one of impressive bluestone that serves as a reminder of the era in which it was built.

The same can be said for Coburg Brewing Co’s Pentridge Pale, a beer adorned with the front of the prison that’s a reminder of a certain era of craft beer’s history. It’s an American pale ale that draws clear inspiration from the beers that inspired America’s craft beer revolution. It’s crystal clear, orange in colour and has a light sweetness due to the caramel malt, while the hop combination of Cascade, Ahtanum and Simcoe make for a wave of citrus meets pine with a bouquet of flowers thrown in too.

The brewery says it’s a beer worth doing time for and, while that’s true, just imagine the change that will be ushered in by the next century and a half of brewing.