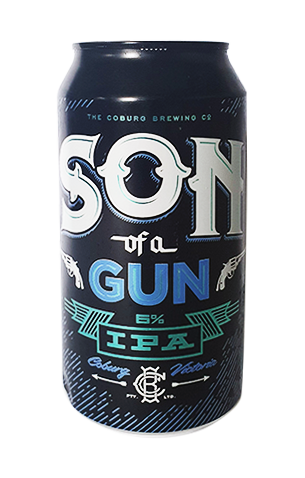 There’s a lot of IPAs out there but few in modern Australian beer circles are like Son of a Gun from Coburg Brewing. Often it’s all about the American, Australian and Kiwi hops and keeping things as pale and – increasingly – as hazy as possible. Son of a Gun, on the other hand, might contain all Australian hops but the beer’s inspiration comes from the Old World.

The English-style IPA is malt driven with biscuit and toffee notes, a big bitterness and an all-Australian lineup of hops in Super Pride, Australian Cascade, Galaxy and Vic Secret. It’s a flavour combination that means there’s some passionfruit and pineapple there but those are light touches with berry and marmalade the key characters in the beer’s story.