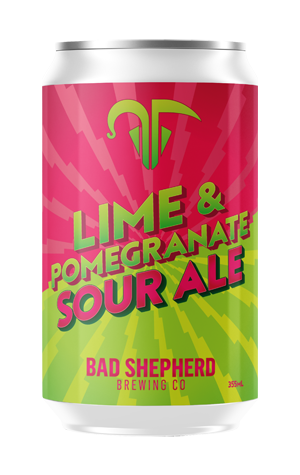 Well, first things first: congratulations to the brewing team at Bad Shepherd for finding a new combination of fruits for their second Summer Sour Series release. That's no easy task at a time when it seems like every other beer landing at Crafty Towers is a fruited Berliner Weisse or gose-influenced beer, but I'm pretty sure lime, pomegranate and dragonfruit is a new trio.

That said, they come together to create that peach-pink hue so familiar in the craft beer world right now. There’s a soft sourness accompanying the sweet-tang-fruit experience on the nose, while flavour wise it's like a dash of lime and a spoonful of pomegranate swirled through a soda more than a barrage of fruit – both are present, neither is overwhelming. Instead, they contribute a little cordial like sweetness upon a spritzy base, making for a short, sharp blast of refreshment.