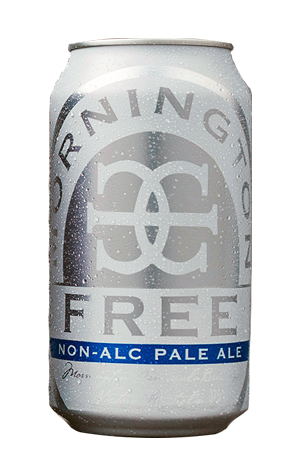 The locally-brewed selection of alcohol-free beers continues to grow apace as summer 2020 approaches. Mornington Peninsula Brewery Free has been launched by the Tribe Breweries group, with co-founder and CEO Anton Szpitalak saying such a beer as been a "top priority" over the past year.

It's been created with a yeast specially designed for such beers, one that produces the sort of esters you'd find in a beer without also producing alcohol. It's tagged a pale ale, although if you come in thinking along the lines of a kolsch rather than an American-inspired or tropical pale ale you'll be best prepared. We didn't pick up much in the way of citrus or passionfruit hop aromas; if anything, they're more floral and play a secondary role to the soft, bready, honey-tinged malts and gentle banana esters. Light on the palate, with minimal bitterness, it's at its best chilled straight from the fridge or ice-filled eski.