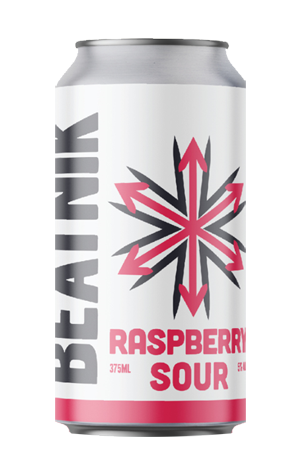 It must be tricky being the funky little sibling when your older, supposedly more sensible, elder starts playing up. When Hargreaves Hill launched Beatnik, the offshoot was designed as a home for beers that might not fit within the ethos honed over more than a decade, as well as allowing the Yarra Valley brewer to put some beer into cans. Roll on a few years and massively hopped hazies, cocktail-mimicking beers, and pastry stouts are among the limiteds bearing the Hargreaves Hill name, often in cans with designs that wouldn't look out of place in a Scandinavian beer bar.

If anything, Beatnik has settled into more of an easy-going companion piece while the original label mixes the traditional and the cutting edge, with the Raspberry Sour presenting almost like a hard seltzer. The raspberries give it a pink hue and contribute a cordial like fruit sweetness to a drink with a soda water like texture. Any sourness is barely perceptible, although there is a flash of bitterness in a beer they're pitching as one for "hanging in the park or sipping by the pool".