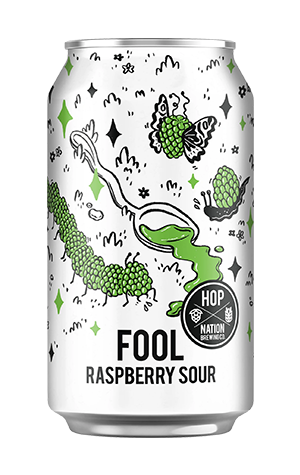 The raspberry sour Fool first popped up in 2019 as part of Hop Nation’s three-part Sweet and Sour series but the beer’s popularity saw it make the move from limited release to regular run in 2020. Drinking it, it’s not hard to see where that popularity might have come from, since a sour, sweet, raspberry and vanilla-laden beer could very easily contain flavours that really stick out and compete against each other.

Instead, Fool’s fruit flavour and the sweetness from the vanilla combine into what's quite a delicate touch and, while the sourness is a little abrasive at first, on the second sip it more acts as a nice counterpoint to the adjuncts. Though the brewery considers it a bit of a homage to dessert, my mind went most to a classic strawberry and cream lolly. If you subbed that strawberry out for raspberry...