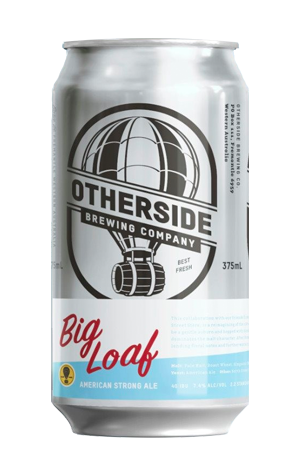 American strong ales are rarely seen on these shores, perhaps due to climate, meteorological or political, and, most likely, because it’s a beer family that’s as broad and misunderstood as saison. Moreover, the style icon is a Bastard, and the most widely available local example was a Convict, both of which may seem mothballed check-ins. And yet, such beers can be so generous, at once it’s a double IPA, imperial red ale and baby American-style barleywine, with equal avenues of complexity and approachability.

With so much to enjoy, why not grab some mates, toss in bespoke rye loaves and danky US hops before resting on Spanish cedar – that should provide some style clarity for punters, no?

I jest. In simple terms, Big Loaf is an ode to the kind of malt forward, massively – at the time – hopped IPAs which arrived, usually in ambient aged condition, a decade ago. But this one’s fresh AF.

Big Loaf’s teasing soft spice nose quickly moves to caramel on a bready, rich, toasted malt base, rolling full, and a little chewy too, yet without weighty viscosity – this is the American strong majesty at play. Warming ABV circles dankness, grapefruit – lots of it – plus pine and bitterness – wow! – before a late, lasting, woody texture wrangles the dry length free of the nostalgia fiesta.