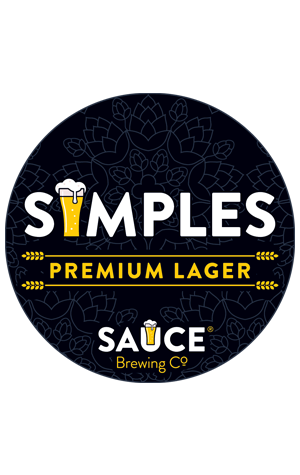 While Sauce Brewing’s hoppy beers go far and wide in cans, their Saucy Pils always had a stronger following as a keg beer. So, when the brewery wanted to add a refreshing lager to their regular lineup, it went with keg only: first in Cairns, and now in the Sydney taproom (as well as a few other venues around the city). This is a beer made for beer gardens and burgers.

It’s called Simples for a reason, so let’s not make this more complicated than it needs to be.

It has a touch of citrus hops… but you’re not drinking this beer for the hops. It’s really all about the clean finish.