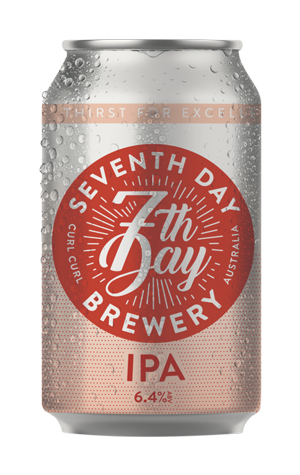 Don’t be fooled by the label that simply says "IPA". The brewery has decided to stick with this simple name, but note the red label and the red hue of the beer and you’ll see that this is another Northern Beaches brewery kind enough to put a red IPA into their core line-up.

As the beach is the point where the land and the ocean meet, this IPA is where malt and hops meet. The malt comes through deep and rich, like gooey golden syrup spread over brown toast. It’s thick in the aroma, and thick in the finish. But in between, the fruity hops are springy and excitable - imagine a jug of peach iced tea garnished with passionfruit and orange peel and you won’t be too far off.