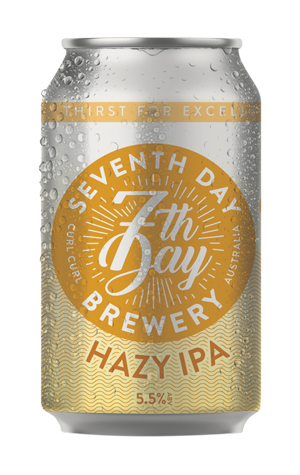 As someone who loves lagers first and foremost, brewer Mike Beresford-Jones is a little resistant to the haze craze. But you’d never guess it based on his mango-infused Hazy IPA.

Citra, Mosaic and Simcoe lay the foundation for 12kg of mango, and the characters of the fruit and hops tie together seamlessly. Since the mango is added early in the process, the sweetness largely ferments out, so it harmonises and brings out the juicy notes of the hops rather than overpowering them. The result is a hazy IPA (though with more bitterness than most) that’s super fruity but not overwhelming, and with an ABV that means you don’t have to stop after just one.

First brewed as a small batch called Mango NEIPA, this beer was so insanely popular with 7th Day regulars that Mike rebrewed it as a limited release again and again before finally giving in and making it core range.