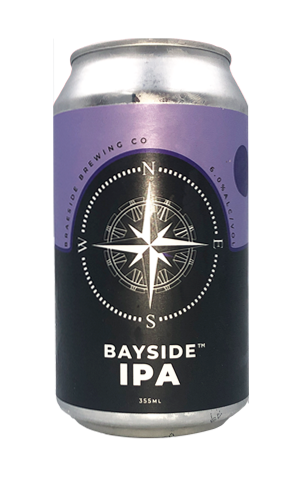 There's heaps of breweries operating in and close to Melbourne's Bayside area now, which probably explains why Braeside have trademarked the name of their IPA. It also suggests they've got plenty of faith in the beer proving popular enough to stick around.

A meeting of brewpub favourites Apollo and Archer in one new beer, its purple label hints at the candied berries and blackcurrant (presumably derived from the Mosaic hops within) that make up part of a modern IPA that also flirts with citrus, melon and pine. They're set against a sweetly biscuity backbone in a beer that retains its fruitiness, albeit with an earthy underbelly, to the end, with little in the way of bitterness to get in the way.