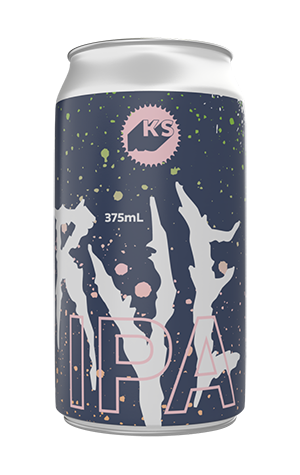 As breweries began popping up in Melbourne at a rather impressive rate during the mid-2010s, Cavalier Brewing in the city’s west was a place filled with brewers sharing equipment and knowledge. Some of those breweries have since become a few of Melbourne’s biggest and the lessons learnt during those days can be found in beers today.

Take Killer Sprocket’s Rye IPA, a beer brewed by Sean Ryan with some input from Dan Dainton who loved brewing with rye as much as Sean. Dan helped Sean see how to brew a beer with a significant rye malt body without clogging up a mash tun and it was probably some pretty handy advice, considering there’s a decent amount in Sean's Rye IPA at 16 percent of the grist. It’s a beer that’s heavy on the spice and quite rich while still finishing dry. The hop additions haven't been done lightly either with Amarillo, Centennial, Warrior and Columbus all combining for grapefruit, orange and pine plus a herbal finish.