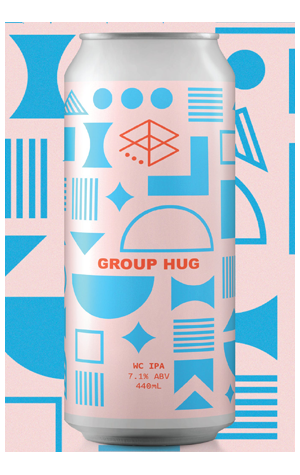 When Range talk about their “journey to create the most balanced and drinkable West Coast style IPA”, it reminds me of my first WCIPA, which was neither balanced nor drinkable. It used to be all the rage to wield bitterness as a billy club and beat the drinker over the head with it repeatedly until all other flavours were nothing more than silent spectators; ‘palate-destroying' was a compliment at the time.

We’ve come a long way since then, and Group Hug is an example of a West Coast that wants to be your friend rather than your assailant.

It shines like polished bronze in the sun, with a head that recedes to a foam around the edges of the glass. There’s enough malt balance that this beer caresses your tongue smoothly rather than ripping it to shreds, letting the bitterness rise at an appropriate rate. Flavour-wise, the hops are still the main deal (as they should be); the malt is present but staid, like sweet heads of grain coated in pine sap and dipped in slivers of orange and grapefruit peel. Instead of a headache, you’re left with a zingy bitterness that’s palate-enjoying rather than palate-destroying.