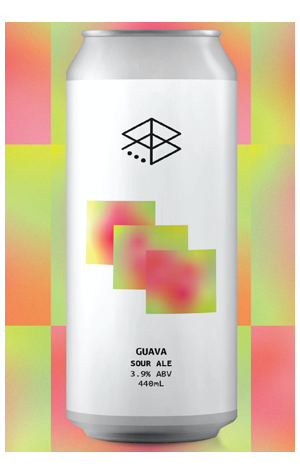 Imagine a sandstorm in a desert at midday: a sandy haze that dims the sun until it’s just a rosy wavelength of light squeezing through like a vapour.

Now imagine that same scene captured in a snow globe (sand globe?): a glass vessel of liquid you can hold in your hand, which somehow emanates that cloudy, rosy glow.

Finally, imagine that glass vessel in your hand is a schooner of beer, and instead of sand it’s guava that saturates the liquid with a pinkish hue.

Of course, unlike the sandstorm and the snow globe, this Guava Sour isn’t just for your eyes. There’s also the fruity, slightly floral tang of guava on the nose, and from the very first drop that lands on your tongue you’re hit with a sharp tartness that’ll wake you right up.