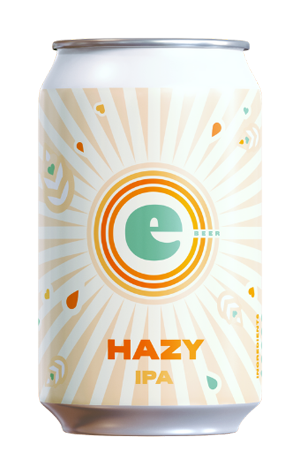 The freshly-rebranded Exit chose to open their limited release series for 2021 with a beer of its time, with their 26th one-off a hazy IPA. They've played around in the hazy realm before and also have a habit for nailing styles, so how did they fare here?

Well, it's fair to say they could still make out the bullseye clearly through the haze as it delivers just what you (well, certainly what I) would expect from such a beer in 2021. #026 may pour a little darker than many of its ilk but it's not noticeably sweeter, as the malts that must be responsible for the orange hue act more as an enhancement of the beer's Jaffa orange flavours. Indeed, it's very much of the orange citrus kind with a flash of juicy fruit gum for good measure, a solid, grounding hit of bitterness, and flavours that linger in a good way. Most enjoyable.