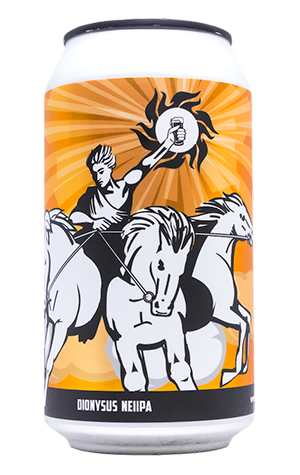 Dionysus NEIIPA is back for its third year in 2021 and it's unlikely anyone’s complaining about its return.

Head brewer Charlie Hodgson made some minor tweaks to the malt bill but the main change this year is at the dry hopping stage, where Citra hops were swapped out for Idaho 7. The change isn’t hugely noticeable - the orange marmalade character is still present, and the stewed stonefruit flavour of last year’s batch is there too (perhaps even amped up a bit). One small difference is that alongside the toffee malt sweetness is a thick, almost savoury depth of flavour like a spoonful of molasses and some spices have been stirred in.

But for the most part, this is the same beer. Dionysus is a favourite that the Helios team like to revisit, and it’s not hard to see why.