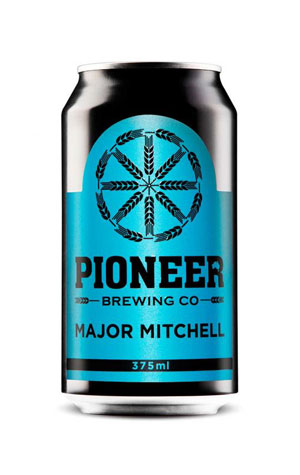 But that’s just a delicious tangent. Because while this IPA begins with a sniff of stroopwafel, it doesn’t end there.

Major Mitchell’s cockatoo is recognised by its pink and white feathers and a splash of red and yellow in its crest; the hoppy plumage of Major Mitchell IPA is divided between grapefruit peel and resin, with a splash of sweet pawpaw and piney bitterness to top it off. As it soars away, it leaves a scattering of resiny feathers behind; as well as, you know, the sweetness of the stroopwafel.

Thank you for being tolerant of my horrendously mixed pastry/bird metaphor.