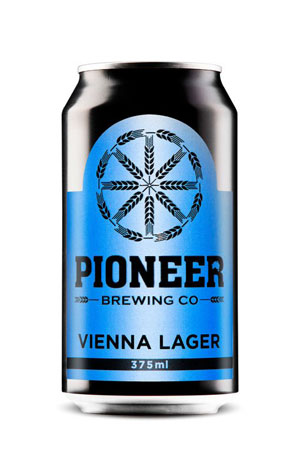 Many Aussies seem to be afraid of malt-forward beers. Between drinkers who’ll touch nothing but pale lagers and hopheads who put every beer on a linear scale based on how much lupulin it contains, there seems to be a chasm where malty beers should comfortably sit.

Of course, the law of supply and demand says that brewers aren’t likely to pump out styles that there’s little market for. But since Pete at Pioneer grows his own malting grains, he has a special understanding and love for the ingredient, and so he’s one of the brewers who’s keen to keep making beers that let his malts shine. The market will catch up as people taste and discover the wonder that is malt.

Pioneer’s Vienna Lager is a malty number that can act as a gateway drug – an example of what malts can bring to a beer, but not weighed down with sugars and heavy aftertastes. It has the same colour of stained mahogany that you’d see if you filled a beer glass with port-barrelled rum, with the only difference being the off-white head lolling on top of the liquid. The flavours are far gentler than a straight spirit, though: toast and light caramel show themselves but play nice with the palate, before taking their toys and going home. A dry finish gives the clear message that malty beers aren’t so scary after all.