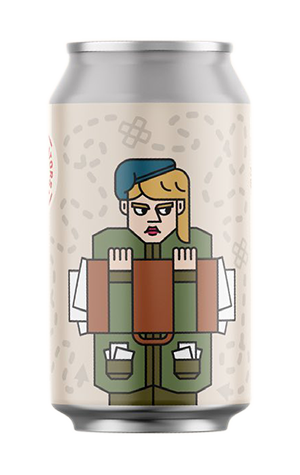 Is there something the two couples behind CoConspirators Brewing know that the rest of us don’t? There they go, releasing a beer called The Whistleblower at the start of June and a week later, the largest crime sting in Australia’s history takes place and more than 200 members of the local mafia and other ne’er-do-well associations are arrested. Given it’s an oatmeal stout, we can probably assume that it's a mere coincidence at the very least but given the description of the beer discusses making headlines, we'll be keeping our eye on future revelations from releases.

An ability to see what's coming probably isn't so essential when actually drinking The Whistleblower for it's a smooth and velvety beer that hits the kind of notes you want a winter seasonal to hit. There's rich and bitter dark chocolate, licorice, roasted hazelnut, coffee and a light touch of biscuit which all might make it sound like it's a cake over a beer the beer's backbone exposes a roasted edge that reminds the tastebuds it is indeed still a beer.