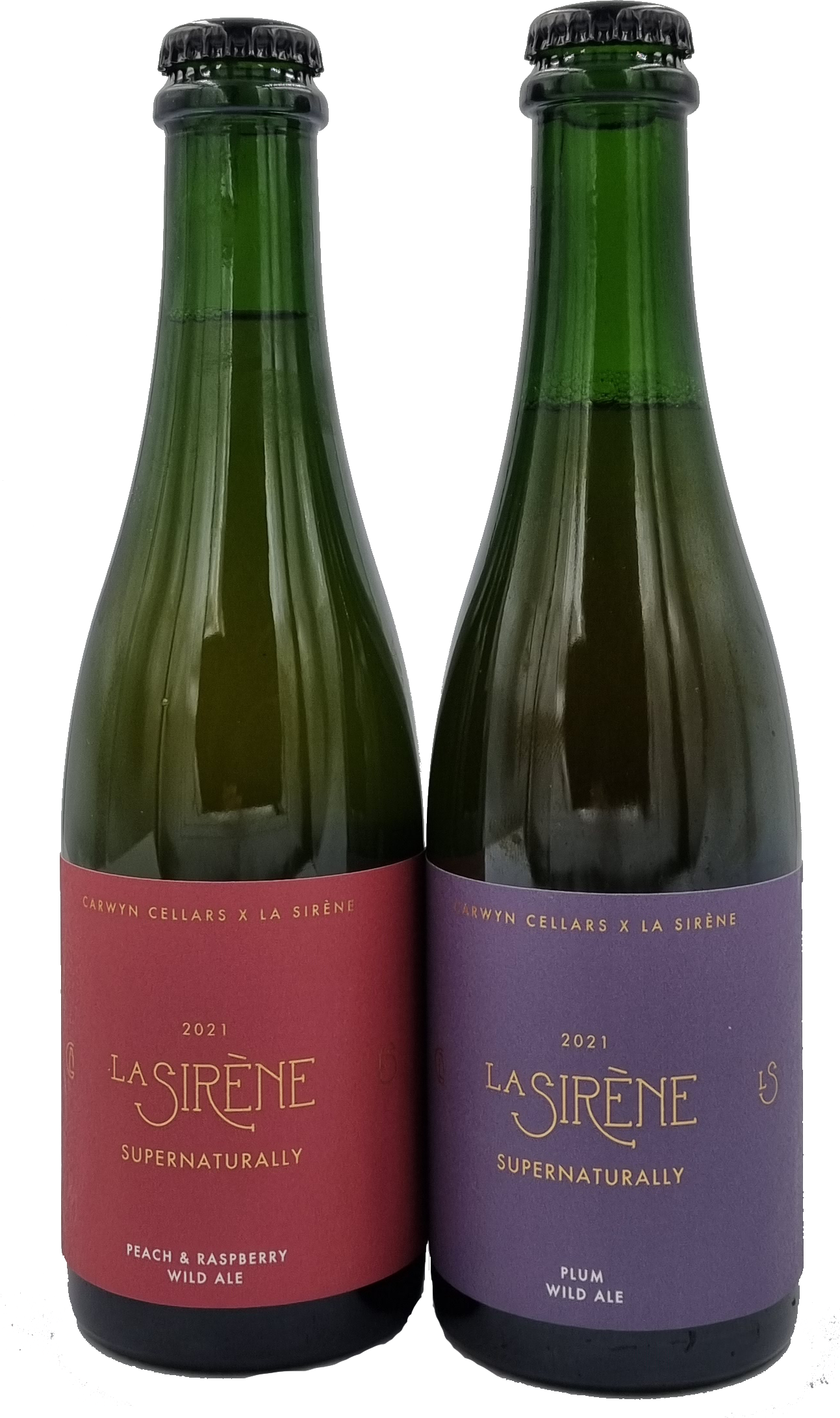 The crew at Carwyn Cellars have been working closer and closer with booze makers - even turning their hand at making their own - and La Sirène are an urban farmhouse brewery that likes to work closely with growers. So, it seems their 2021 Supernaturally collaboration might in some ways beer inevitable over supernatural. To find out more about how the beer came to be, you can read this story but in short: in February 2021 the collaborators headed to Sunland Fruit Orchards near Cobram to secure some fruit for a beer and were so impressed with what they saw, they ended up with two beers, which the brewery has described as some of the most balanced fruited sours they’ve ever produced.

Balance is certainly an apt descriptor for Peach & Raspberry Wild Ale which combines those fresh fruits with a 24-month oak aged wild ale to create a beer with impressive levels of complexity and drinkability. You could potentially guess what’s inside even before you get anywhere near the beer, with it pouring a peach hue with just a slight pink running through and on drinking it, those fruits very much come to the fore. First up it's a sharper, almost underipe peach and near citrus note at play which soon mellows to become a softer stone fruit that you might find inside a cobbler and though the raspberry is in lighter notes compared to peach, it brings noticeably further tart that marry with the beer's funky and complex barrel-aged notes.

As for Plum Wild Ale, once again it’s a 24-month wild ale at play and again the colour of the beer that helps give away what might be lurking inside thanks to the fact that it’s (only very slightly) the darker of the two. It's also very much the more intense with quite a potent acidity when compared with Peach & Raspberry plus a far stronger level of an earthy funk which makes the plum a little harder to uncover. As you do adjust though, there's fruit notes that are both a little ripe and taste like they've barely travelled from branch to fruit bowl at the same time which seems to show the marvel that comes with working with quality fruit in your beer.