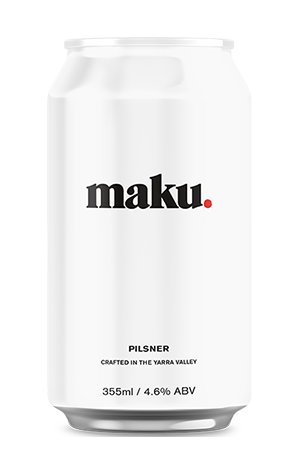 In 2019, The Public Brewing Co kicked off a new brand under the Maku banner, with the name alluding to the goddess from Chinese mythology who shares a close affinity with hemp. The first beer, a hemp session ale, has steadily spread across Melbourne and into other parts of Australia. Now, a little after the midway point of 2021, it has been joined by a new member.

This time around the beer doesn't feature hemp – although there are other hemp-based beers from the brewery on the horizon – and is instead a classic pilsner. Made with Saaz hops, it's a pilsner that's as Czech as can be without actually hailing from there. It's a bright, sparkling golden lager with clean floral notes and a bready body with a building bitterness. Close your eyes and you could be in a Czech pub.