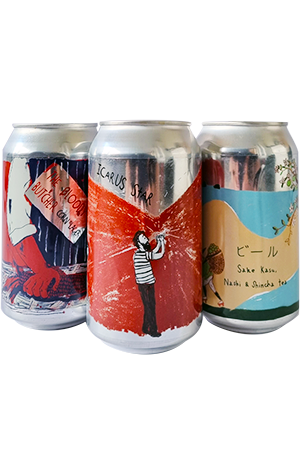 There's no slowing down the experimentation and collaboration at Sailors Grave, with multiple different beers flying out of their home in quick succession for spring 2021. Among the latest is The Bloody Butcher, a corn lager brewed with the grain growers at Teurong Farm on the Mornington Peninsula which uses their Nixtamalised Bloody Butcher corn, along with Saaz hops from Ryefield. Red corn might not be too standard a beer ingredient (though it’s certainly standard enough when we're talking about Sailors Grave) but the beer itself is quite a straightforward one in that it's a pretty traditional lager. It serves up a slight note of sulphur and an aromatic spice, while the corn only adds to the beer's light and clean body to make for something where simplicity is key.

Also out of Gippsland’s deep east is Icarus Star, a red IPA that, even if it hasn’t just landed from space, does at least transport you to another era. The chewy beer with warming toffee notes hits heavily with the Big C American hops of Cascade, Chinook and Centennial and, along with the grapefruit rind, pine and resin, you’ll also find a substantial bitterness to balance out the jammy-but-not-quite-sweet beer.

Finally, that brings us to the latest Sailors Grave Sake Kasu – pale sours fermented on sake kasu (or lees) that have previously featured satsuma plum and persimmon. This time around, Nashi & Shincha Tea features nashi pears from the Hazeldean Forest Farm and tea from Two Rivers in North East Victoria, creating a beer that’s bracingly tart and where the experience of drinking is like biting into a particularly sour apple (alternatively, nashi might be a better comparison). It’s also one with a substantial umami element at play in which the tea provides a herbal note akin to rich green tea.