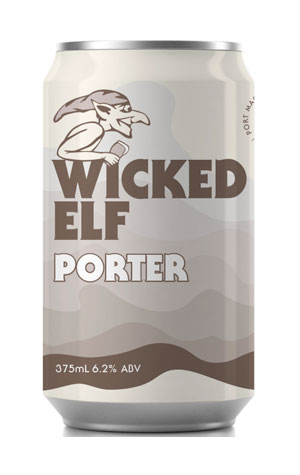 Aside from the very British name, there’s little about Port Macquarie that resembles the laneways of London (case in point: there’s a koala hospital). But there’s a reason porters have lasted so long, or at least been welcomed back as part of craft beer's rise after falling out of favour, not least as they often balance lighter and heavier notes at once, meaning that although they work best during cold, dark days, they can offer a deeper, yet still refreshing, option any time of the year.

Wicked Elf are one of few breweries with such a beer in their core range, retaining the beer from The Little Brewing days. In your can or glass, you'll pick up roasted coffee, chocolate fudge and tobacco set against a lighter, floral herbal essence. The brewery describes the porter as dark as a winter storm rolling in, which is certainly true visually, but it’s a far cry from a London storm. Instead it’s a storm viewed by the beach, quite possibly after a day spent visiting a koala hospital.