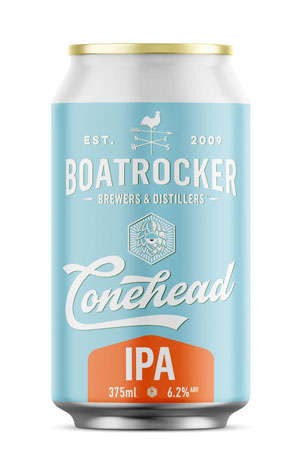 Since this IPA first appeared as a one-off in 2021, it's been elevated to core range. Here's what we had to say about it when it made its debut:

It's been commented on with some regularity in 2021, not least by the "Make Beer Clear Again" gang, that West Coast IPAs have been doing their bit to push back against the wave of haze enveloping the IPA world. And Boatrocker's Conehead sits very firmly in the MBCA wheelhouse. Clear as anything and dry as anything too, aromas are of the dank, piney, pithy, white wine-y kind, and while the pale malts initially feign at sweetness, they soon relent in the face of the beer's sizeable drying bitterness.

In short: lean and bitter, like IPAs used to be.