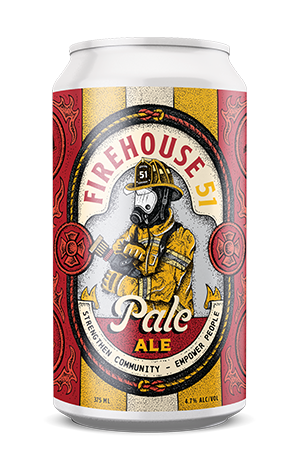 The first beer released by Firehouse 51 when the brewing company launched in 2022 wouldn’t come as too much of a surprise to anyone who knows founder Haz Chinniah. After all, Firehouse 51 Pale Ale is a beer that he’s been working on and fine-tuning for some years, so it makes sense for it to be the first he'd scale up commercially. Given it's a hop-forward and highly-balanced beer, it also feels like one that should sit at the centre of the brewery's core range as it expands.

Largely, it’s a classically-minded pale, although, with its golden straw and slightly hazy body, it's also quite a modern interpretation of the style when compared to those you'd have found in the States during craft beer’s early days. To ensure it's something of a modern classic, Haz used a mix of classic American hops alongside more contemporary breeds to create a beer that's very lean, quite bitter and packs a hoppy hit of pine, stone fruit and citrus.