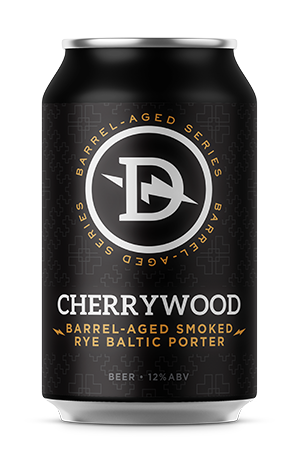 Dainton Beer have picked up a string of awards since but their Cherrywood Smoked Rye Baltic Porter winning Champion Beer at the 2017 Craft Beer Awards holds a significant place in the brewery's history. For one, it feels like it was the start of the trophy success the brewery have enjoyed in the years that followed, while the beer still clearly holds an important place in the hearts of everyone at Dainton due to its unique but complex flavours and has returned since. Five years on, the Melbourne brewery have decided to take that champion beer in a boozier direction with Barrel-Aged Smoked Rye Baltic Porter, which has spent 18 months aging in whisky barrels that were still dripping in the golden liquid when they arrived at Dainton HQ from Starward.

The resulting beer is still one that’s heavy on the peaty, smoked elements but those are soon joined by a warm rush of raisin and cherry with further elements of dark chocolate, black forest cake and spice. Let it warm for a bit and you’ll find more sweet signs of vanilla, caramel and chocolate fudge, with all those elements adding together to make a complex but still balanced 12 percent beer.